I was able to visit 9 different cities and countries and 3 different regions in 25 days. My trip happened during the month of July - from July 1st to July 25th. My dream trip around the world was a huge success. It was so thrilling and exciting! I did things I never thought I would be able to do like, walk on the edge of a building, sky dive, bungee jump, and go on the London Eye. There was never a dull moment during my vacation.

Even though I am Catholic, I decided to visit a Hindu temple on my second day in Nadi. The temple I visited was called Sri Siva Subramaniya Temple and it is the largest temple in the southern hemisphere. The architecture and design of the temple was so beautiful and would probably never be seen in Canada. The temple had many paintings, statues, and designs around it, even on the ceiling. You could tell this temple was carefully made just by looking at it. I loved how the Sri Siva Subramaniya Temple was very colourful. It gave off a positive and happy vibe. 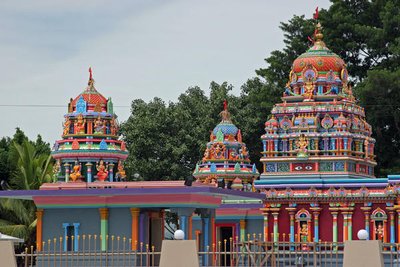 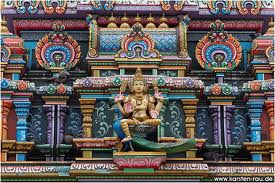 After visiting the Sri Siva Subramaniya Temple, I went sky diving! Sky diving was another thing on my bucket list. The sky diving instructor was very helpful and trusting. The view was unbelievable! I was able to see all the small islands. I really liked how the skydiving company recorded my whole skydiving experience. It is hilarious to watch! This whole experience was exhilarating! 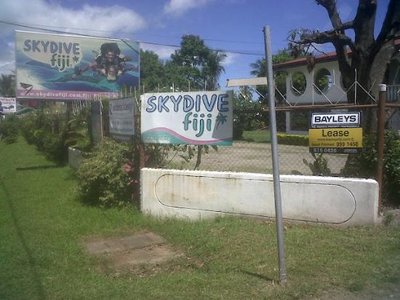 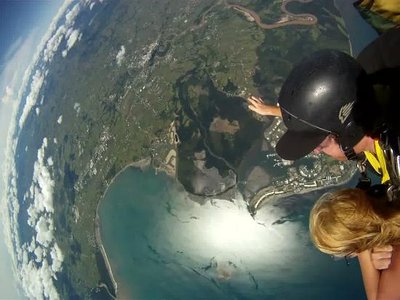 On my third day in Nadi, Fiji I went sea kayaking, which is kayaking on the sea. I did this on Yasawa Island. Even though I have been kayaking, I have never done it on such clear water. I was able to see what was hiding in the water. It was almost like I was kayking on window. I was able to see the fish, coral, sea plants, and other sea creatures. It was scary, yet very exciting at the same time. After Kayaking I relaxed on the white, smooth sand and swam in the sea. Nadi, Fiji was an extraordinary stop on my trip around the world. It was a great way to end it. 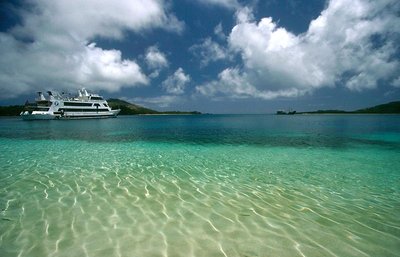 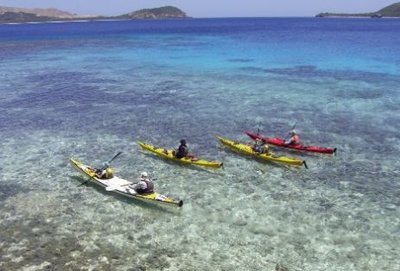 The last city I visited on my dream trip around the world was Nadi, Fiji. I took a 3 hr 5 min direct flight there from Auckland, New Zealand. My flight cost me $298. There were some really inexpensive hotels in Nadi! I stayed in a 3 1/2 star hotel named Mercure Nadi. This hotel was one of the more expensive hotels, costing $74 a night. The Mercure Hotel was very close to the airport. It took about 5 min by car to arrive here. The hotel looked very tropical like. It was surrounded with palm trees and umbrellas. The hotel had a hut like structure as well. The Mercure Nadi Hotel provided a swimming pool, free parking, a fitness center, a shuttle bus service, and a restaurant. The restaurant served really good food and the staff was very nice and friendly. 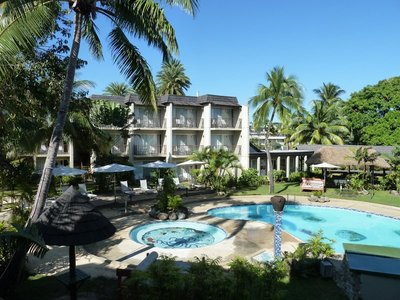 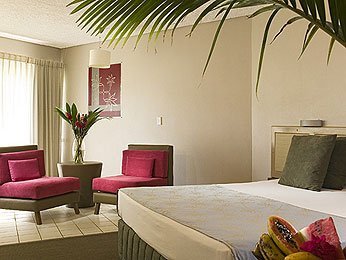 My first day in Nadi was spent entirely on Mana Island. To get there I took a Mana Island Day Cruise. The company provided a shuttle bus that picked me up from my hotel and brought me to the boat. I thought this was very convenient. The cruise and boat was very luxurious! The cruise ship cruised through the Mamanuca Islands and lagoon. They were both very lovely! The cruise included a free barbeque lunch on the island. The food was really good and filling. Since I took the Mana Island Day Cruise, I was able to use all the Island amenities which include the pools, lounges, bars, and beaches. The beach was paradise. It was so beautiful! The water was sparkling and it was very refreshing. In Mana Island I also went snorkeling, jet-skiing, and pairasailing. It was all very enjoyable and exciting. This was such a great day cruise because I was able to choose what I wanted to do. The cruise was very relaxing and splendid. 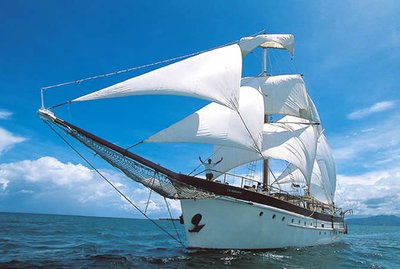 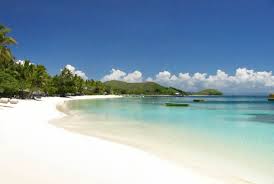 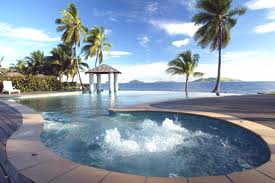 I started my second day in Auckland in Mission Bay, which is a promenade on the beachfront. The first thing I saw when I arrived in Mission Bay was a humongous fountain, it was like a swimming pool. There were kids swimming in it and making wishes, it was adorable! Mission Bay is lined with numerous souvenir shops and restaurants. I started my morning with some traditional New Zealand breakfast in one of the restaurants. After breakfast I did some souvenir shopping. 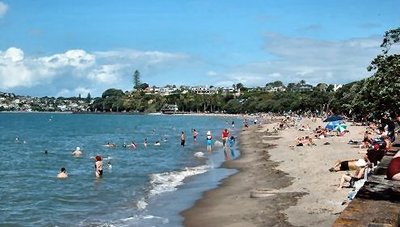 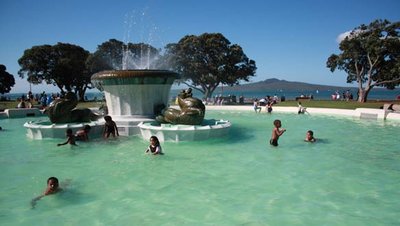 While I was in Mission Bay I also participated in some water activites. I swam in the bright blue beach, went kayaking and surfing. The water was so refreshing in the hot weather! I loved it! Kayaking was really enjoyable. I would definitely do it again. While I was in Mission Bay, I tried surfing for the very first time. I am not that great at it abut I had a really good time doing it. 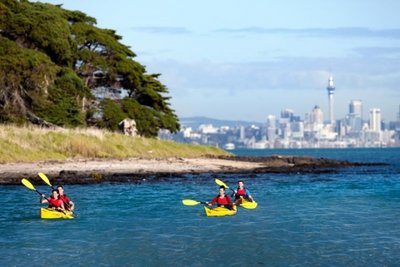 On the third day I visited the most popular tourist destination in New Zealand, the Sky Tower. The Sky Tower is 328 m tall, making it one of the world's tallest man made structures. The tower provides multiple restaurants and bars and a 360 degree rotating buffet. I ate dinner in the rotating buffet. Not only was the food amazing and very delicious, but the rotating made the dinner much more entertaining. The view from my table was spectacular! Seeing all the bright lights and buildings was really great. While I was at the tower I had a choice of either taking part in the Sky Jump, which is when you jump off the tower, or the Sky Walk, which is when you walk around the edge. I thought the Sky Jump was a little bit like bungee jumping so I decided to do the Sky Walk. This was really adventurous and heart-stopping. It was so scary being at the top without a wall or window in front of me even though I was strapped on to a cord. It was really scary but I did get a really good view of the city. My stay here, in Auckland, New Zealand was phenomenal. It was very thrilling and adventurous. I was able to complete something on my bucket list and do things out of the ordinary. I love this city so much and I am glad I made a stop here. 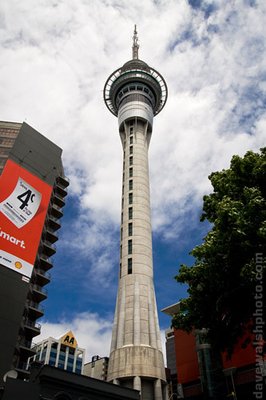 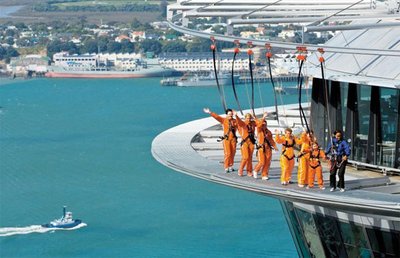 After my trip to Melbourne, Australia I took a plane to Auckland, New Zealand. This plane ride was 3 hrs and 30 min long and cost me $191. I stayed in a hotel called Sofitel Auckland Viaduct Harbour. This was a 5 star hotel that cost $162 per night. The hotel had a great location, being on the waterfront. It also had a really nice view of the city. The hotel was near many tourist attractions as well, like the Sky Tower and Victoria Park. This hotel had some really good amenities. This includes, a pool table, wireless internet, fitness facilities, a spa, restaurants and bars, and an indoor swimming pool. For the hotel rooms, they provided a pillow menu where you can request different types of pillows, a mini bar, balcony, and an iPod dock station. I thought the pillow menu was really interesting since I have never seen one before. The hotel was very modernized and had a home like feel. 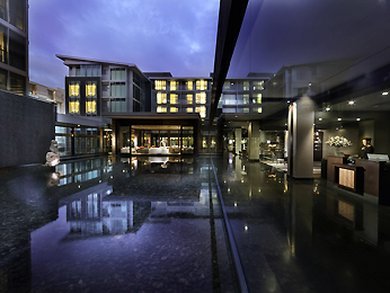 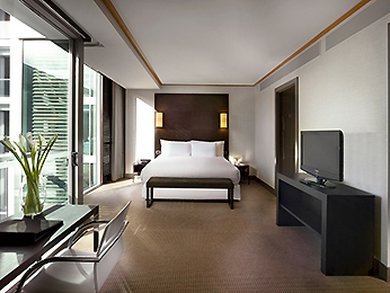 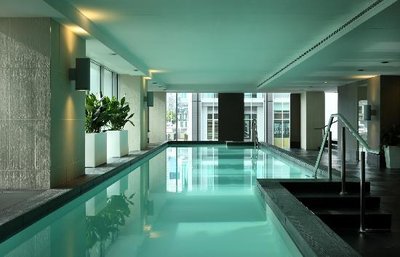 The first attraction I visited in Auckland was Mount Eden. Mount Eden is Aukcland's largest volcano, standing at 196 m. The mountain looks very interesting since it has a spiral look to it. The top of Mount Eden had a 360 degree panoramic view of all of Auckland. It was really pretty seeing both the city life and the nature. The climb up to the top was really tiring, but the view made up for it. 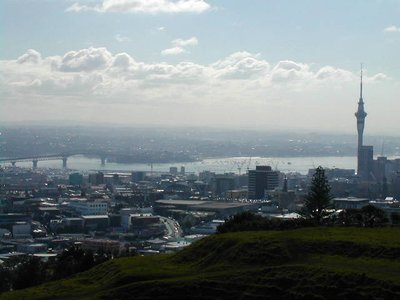 When I was finished admiring the view from Mount Eden, I went to the Auckland Harbour Bridge. I visited this attraction to see the view from the bridge. This bridge is over 1000 m long. So it is huge. Besides admiring the view by just standing on the bridge, I also saw Auckland by climbing to the top and bungee jumping off of it. Bungee jumping has always been something I wanted to do, so I was more than glad to finally do it there in Auckland. It was so thrilling and so exciting! I was terrified for my life, but it was a great experience! 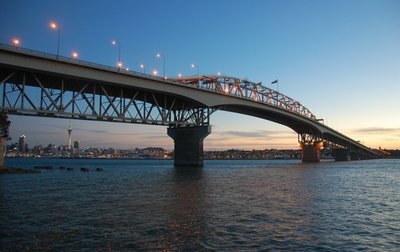 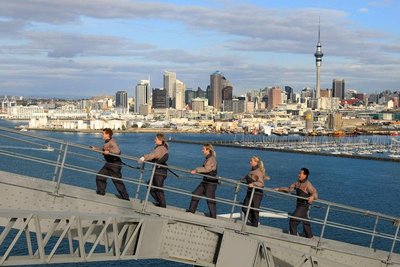 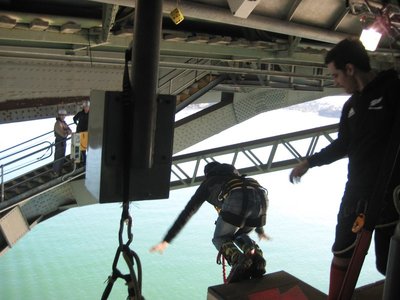 Bungee Jumping of the Harbour Bridge